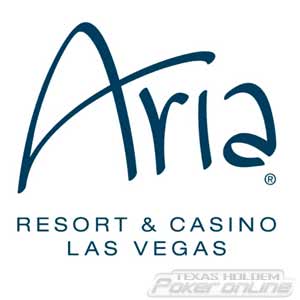 Low stakes poker players in Las Vegas will now be able to play Six Plus Hold’em tournaments at the Aria Resort & Casino in December.

The well-known poker room will play host to two Six Plus Hold’em tournaments with affordable entry fees on December 2. The first will kick off at 11:00 a.m. under a $240 buy-in, while the second event is scheduled for 7:00 p.m. and will cost only $140 to enter.

Also known as Short Deck Poker, Six Plus Hold’em has grown in popularity over the last few months. It’s similar to Texas Hold’em except that the cards valued deuce thru five have been removed from the deck.

With the deck reduced to 36 cards, the strategy for winning is slightly different, as are the hand rankings. A royal flush is still the best hand, followed by a straight flush and four of a kind. However, a flush tops a full house and three of a kind wins over a straight in Short Deck Poker.

Here is a comparison of the Hand Rankings of Six Plus Hold’em and Texas Hold’em:

The rankings have been altered since there are four less cards of each suit, making it more difficult to connect on a flush than a full house. It’s also harder to make three of a kind than a straight, the latter being easier with deuce, trey, four and five valued cards out of the way.

The betting structure remains the same as traditional Texas Hold’em. Also, each player receives two hole cards and can use those cards and the handful of community cards to make the best possible five-card poker hand.

Players should keep in mind that aces still play both high and low. You can make the low straight with A-6-7-8-9.

From Asia to Aria

The Aria is credited as being the first poker room in America to host a Six Plus Hold’em tournament. The variant made its debut at the Poker Masters with a $10,000 buy-in earlier this year.

Short Deck Poker is said to have originated in Asia where it’s played in both cash game and tournament format by the region’s high rollers. The game has been slowly making its way to the US, with several online poker sites such as Americas Cardroom and Black Chip Poker having recently added Six Plus Hold’em to their offerings.

With sixteen fewer cards in the deck, Short Deck Poker prompts more action from players. While the Aria currently plans to offer the low stakes tournaments for only one day, player demand may force them to run inexpensive Six Plus Hold’em events more often.