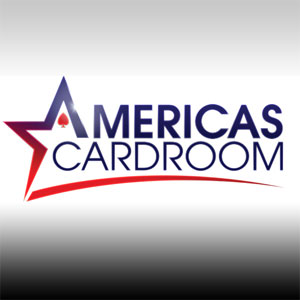 An Americas Cardroom rep has revealed that the U.S.-facing site is in the process of upgrading its software and will introduce the new client shortly.

The Americas Cardroom (ACR) development team is currently in the final round of testing the product and is going through a list of small remaining bugs, according to an ACR representative at the site’s official help desk at a popular online poker forum. While an exact date for the roll out of the new software remains uncertain, ACR players can expect enhanced features that will make for a more enjoyable playing experience.

Americas Cardroom is found on the Winning Poker Network and has consistently scored at the top among U.S.-friendly sites when it comes to cashout speed and efficiency. Other poker rooms that cater to U.S. players have reportedly been suffering withdrawal problems that can cause delays in cashout requests that have neared the three-month mark.

Online players certainly do not want to wait that long to receive their hard-earned money obtained by playing winning poker and clearing bonuses at their favorite U.S. online poker sites. For that reason, depositing and playing at Americas Cardroom remains one of the best options available for U.S. players.

First-time depositors at ACR are greeted with a 100% up to $1,000 deposit bonus and entry into Depositor Freerolls that allows for more cash to be added to their bankrolls. An Elite Benefits reward program also calls for player points earned while playing to be spun into free entries for online poker tournaments, valuable merchandise, and cash. Please note that if you want to enjoy all of these benefits you have to enter a bonus code during the sign up process. You can see the full details and the latest valid code at our Americas Cardroom bonus code page.

In addition to ACR, the Winning Poker Network shares its player pool with popular skins such as Black Chip Poker and True Poker. That permits players on the network to be included among one of the fastest growing U.S.-facing networks found online today.

Also featured at the Winning Poker Network are bad beat jackpots and a leaderboard rake race that is quite favorable to players who love to play poker for several hours daily. The network has a healthy mix of grinders and recreational players that is beneficial to the poker room’s overall ecology, yet still allows the sharper players to find soft games at which to excel and profit.

Several 2 + 2 posters have made mention of the fact that the current software at Americas Cardroom lags a bit behind that of other poker rooms. However, that is all about to change as ACR is preparing for an upgrade in its software that can be best described as cutting edge.

Players who have not yet deposited at ACR may like to read our Americas Cardroom review to obtain more information on all the benefits available at the leading U.S. poker site for timely withdrawals.