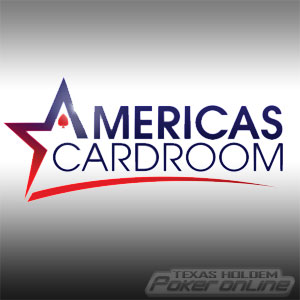 The flagship poker rooms of the Winning Poker Network are apparently considering adding PKOs to their tournament offerings based on a social media post as well as a similar post on the ACR forum.  Both posts requested feedback from players regarding Progressive Knockout MTTs including how to structure the bounty portion of the buy-in.

We want to hear from you about adding Progressive Knockouts to our games.

PKO tournaments have been increasing in popularity at online poker sites worldwide. They differ from the traditional Knockout or bounty events in which a set amount of each player’s buy-in is collected by the player who eliminates the other.

In the typical Progressive Knockout format, 50% of each player’s buy-in is reserved for the prize pool while the other 50% is the bounty placed on that player’s head. Every time you KO or eliminate a player, you collect 1/2 of his or her bounty in cash winnings while the other 1/2 is placed upon your head.

It adds elements of fun, value and suspense the deeper you run in the tournament as the bounties on the remaining players tend to get rather hefty. The overall winner of the tournament, along with the likelihood of collecting a number of player bounties along the way as well as winning the lion’s share of the prize pool, also gets to claim his or her own bounty.

While asking for player feedback as to whether ACR customers are in favor of PKOs, an ACR forum moderator also wanted to know if players have any other suggestions for making these even better or changes you’ve always wanted to see in Progressive Knockouts.

As expected, players who responded on the online forum were very much in favor of Americas Cardroom adding PKOs to the tournament lineup. Said one poster identified as ‘M31Andro’:

Yes yes 1000 times yes! I’ve been clamoring for PKO’s since I’ve seen it on other sites. Please do it fast!!!

Another player known as ‘pboston’ stated,

Yes! All of the popular streamers are playing PKOs. Its very entertaining, and fun to play.

Other suggestions included offering the PKOs at a variety of stake levels from micro on up to high roller so that everyone can get in on the action. Also, to make sure that each player’s bounty is clearly displayed so that everyone knows the value of everyone else’s bounties.

Participation for All is a Must

It’s reasonably certain that both of those suggestions will be put in place. Americas Cardroom and Black Chip Poker do a fine job of including all stake levels in whatever series or promotion is currently spotlighted. Take for instance the OSS Cub3d series that offers buy-ins for all bankroll sizes.

With regard to knowing the bounty on the head of each player once the PKOs are implemented, that’s practically a no-brainer. Of course the bounties will have to be displayed. All the other poker rooms that currently offer Progressive Knockout tournaments are able to do it.

It’s unknown if and when PKOS will be available at ACR and BCP, but my guess is that players can expect to see them soon in the tournament lobby!