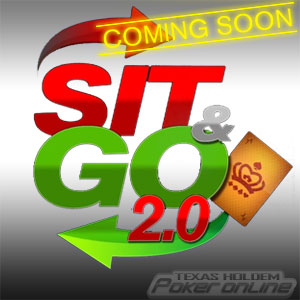 Americas Cardroom – the flagship site on the US-friendly Winning Poker Network – is making some major changes to several of the site´s key products.

For 2017, the site is looking to attract more players with a significantly improved tournament schedule, a major revision of its lucrative Elite Benefits VIP program, and the introduction of a new Sit & Go game which, when it was trialed in a live environment, attracted very positive feedback.

Possibly the most noticeable change to the improved tournament schedule is the increased guarantee in the site´s feature tournament – the Sunday Special. Already the most valuable online poker tournament for 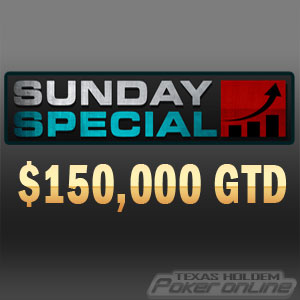 players in the US, the guarantee for Americas Cardroom´s Sunday Special will increase from $115,000 to $150,000 from Sunday 15th January. A revised satellite schedule will also be released for players who want to qualify for the target event paying pennies on the dollar.

Guarantees are also being increased for the most popular weekday events, and new formats of tournaments are being introduced. One of the most intriguing of these is the “Top Ten” tournaments, in which only the players who reach the final table will cash in the event. These promise to be particular popular events for players with a strong endgame and those who frequently reach the closing stages of a tournament only to lose out in the final stages.

Americas Cardroom´s “Elite Benefits” VIP program is often likened to the former PokerStars VIP program before FPPs became StarsCoins and Stellar Awards were removed. Practically identical in its structure and level of rewards, the only difference between the two programs was that FPPs were calculated on a player´s weighted contribution, whereas Americas Cardroom employed the dealt rake methodology for the distribution of Rank Points.

Now that has all changed. Since last Tuesday, Americas Cardroom has been distributing Rank Points using the weighted contributed method. This system of points distribution is much fairer than the previous method, and it will enable more active players to reach higher status levels quicker and obtain a better return for their action. The change will not affect the Americas Cardroom poker bonus, in which Award Points are already calculated using the weighted contributed method.

Due to Americas Cardroom´s weekly “Sit & Crush” leaderboard competition, there is always plenty of action on the site´s regular Sit & Go tables, in “On Demand” tournaments and three-handed, hyper-turbo Jackpot Poker games. However, Americas Cardroom obviously does not think that is enough variety for its players and is introducing a new full-ring game called Sit & Go 2.0 – a game in which both the prize pool and the number of places paid are determined by a random draw at the start of the game.

Sit & Go 2.0 – due to be unveiled on January 16th – could well represent a very lucrative opportunity for accomplished Sit & Go players. The likelihood is that more players will cash more frequently in the games – often for considerably more money than they normally would. When a live version of Sit & Go 2.0 was trialed at the Punta Cana Poker Classic last October, many players commented it was far more exciting than the standard version of the game and they couldn´t wait to see it go online.

With bigger tournaments, a quicker way of earning VIP rewards, and a new game to try your skills at, there are more reasons than ever before to be part of the action at Americas Cardroom. However, in addition to the valuable first deposit bonus, new players signing up for an account using the Americas Cardroom promo code “THPOBONUS” will also qualify for twenty days of free Jackpot Poker.

The free Jackpot Poker offer consists of twenty cards that will be placed in the Rewards Section of your player admin portal. You click on a card each day for twenty days to reveal its value, and you then have the option playing in a game of Jackpot Poker with a buy-in equal to the card´s value, or saving your cards up to enter more valuable Jackpot Poker games.

Americas Cardroom´s three-handed, hyper turbo Jackpot Poker games can award up to 2,500 times your buy-in. So, with each player sure to receive cards to the value of $50, it could mean you start the New Year with $125,000 in your account. What are you waiting for? Visit Americas Cardroom today and take advantage of the opportunities for a happy and wealthy 2017!