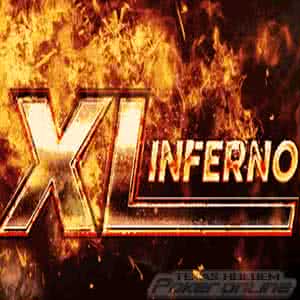 888 Poker has announced that it will host its XL Inferno Series next month with combined guarantees of $1.4 million, a sharp decline from last year’s edition.

The XL Inferno Series will run from May 16th thru the 26th and feature 34 tournaments. The $1.4 million in guaranteed prize money has been sliced more than half compared to the same festival held in 2018.

The reduction in prize money isn’t all that surprising and is likely a product of 888 Poker’s diminishing status within the online poker industry. That status has taken a hit as of late in the form of decreased revenue as the site falls farther behind the likes of PokerStars and Party Poker in terms of popularity.

That isn’t to say that players should avoid 888 Poker altogether. There are still plenty of reasons to log on and play there. Just don’t expect to see series’ guarantees that come close to the $75 million of SCOOP at PokerStars or the $30 million GTD of Party Poker’s KO Series.

The XL Inferno will be competing with both of those festivals during the 2019 spring season. It’s a tall order, but one that’s made more palatable considering that players can win a seat to the XL Inferno Main Event or the Mini Tune Up for as little as 1¢.

Incidentally, that Main Event on May 26 features a $500,000 guarantee. Last year’s Main Event was accompanied by a $1 million guarantee. However, $500K is still a lot of cash up for grabs under an affordable entry fee – for those who don’t satellite their way in.

Keep in mind also that 888 Poker is an official sponsor of the World Series of Poker that will begin at the Rio in Las Vegas on May 28, right after the conclusion of the XL Inferno Series. This marks 888 Poker’s 5th consecutive year of sponsoring the WSOP, a position that allows the poker room to offer exclusive qualifiers to WSOP events under a “Road to Vegas” slogan.

Qualifiers to the 2019 WSOP, which just happens to be the 50th anniversary of the prestigious live festival, are running right now at 888 Poker. As with the XL Inferno Series, those qualifiers start as low as 1¢.

So there are lots of reasons to log on and play at 888 Poker, starting with the $1.4 million GTD XL Inferno Series that kicks off on May 16. Exclusive qualifiers to the 2019 WSOP is another valid reason. And don’t forget that 888 Poker offers a 100% up to $600 Welcome Bonus for first-time depositors.