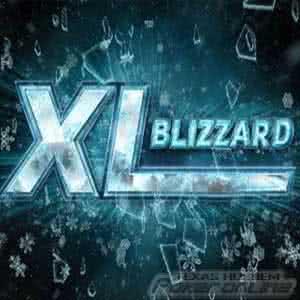 A total of 34 tournaments will be played over the course of 11 days from April 4 thru 14, creating an XL Blizzard in the springtime! The series was originally scheduled to be held in February, a month that’s typically more conducive to blizzards. However, 888 Poker players certainly won’t complain about the rescheduled dates considering the lower entry fees.

Buy-ins for XL Blizzard tournaments start at only $5.50. Plus, players can win their seats for just one penny in a bevy of available satellites.

The highlight of XL Blizzard is the $500,000 GTD Main Event that’s set for Sunday, April 14 at 18:00 GMT. The buy-in is $250, however, plenty of entrants will win their way into the Main Event on the cheap via a special XL Blizzard Main Event Qualifier held daily at 21:00 GMT.

Each qualifier will send the top 12 finishers to the Main Event.

In addition to that Qualifier, there is also a less expensive XL Blizzard Mini Tune-Up Qualifier that will run daily at 17:00 GMT. Players finishing among the top 30 will earn a seat worth $16.50 to the Mini Tune-Up Event.

There’s more good news for XL Blizzard players. 888 Poker wants to send four players to this year’s World Series of Poker, which just happens to be the 50th running of the annual WSOP.

Up for grabs is a WSOP Main Event package worth $12,600 and three packages each valued at $2,700 to the WSOP Crazy 8s Event. To be eligible to win the WSOP packages, players need only to play in any five XL Blizzard tournaments.

Once that requirement is met, players will receive an XL Blizzard Freeroll Ticket. The special freeroll will be held following the XL Blizzard series and the four top finishers will be on their way to Las Vegas and the 50th WSOP!